New Delhi [India], May 21 (ANI/ATK): The kind of momentum and success a few industries have created so far cannot just be attributed to the advent of technology. One cannot go without crediting the endless efforts, consistency, and hard work of a few talented beings and professionals who make sure to do the unconventional in order to create waves with their work.
Many of such talented beings are noticed rising, especially in the music realm across the world. The Indian music industry specifically is one, which is known for producing some of the rarest gems as musical artists, and one name that has been creating quite a buzz lately is Shahzeb Tejani, the singer, composer, and lyricist behind the song "Tera Rishta," featuring the original Indian Idol Abhijeet Sawant.
People are going gaga over the fact that none other than Abhijeet Sawant is making a comeback with this song, which has quite evidently made waves of change in the independent music scene.
Shahzeb Tejani, over the years, has showcased pure brilliance as a true-blue Indian musical talent, with his pure skills in writing, composing, and singing songs.
But, with the song Tera Rishta, he has taken multiple steps ahead in the music game by collaborating with Abhijeet Sawant, who for years has remained a favourite of many and etched his name in people's hearts.
Shahzeb Tejani makes more headlines by featuring Abhijeet Sawant in the music video. The much-talked-about song is shot in Houston, Texas, the US, and Mumbai, India.
It is about the heartbreak of a street fighter (played by Shahzeb himself), who is, at the time, also training to fight the champion of the fight club, played by Travius Garrett. Kiana Gaona is the lead actress, and the video is directed by Harsh Mahadeshwar.
Listeners and music lovers have gone crazy listening to the song and are too excited to see Abhijeet Sawant gracing their screens back with a bang. 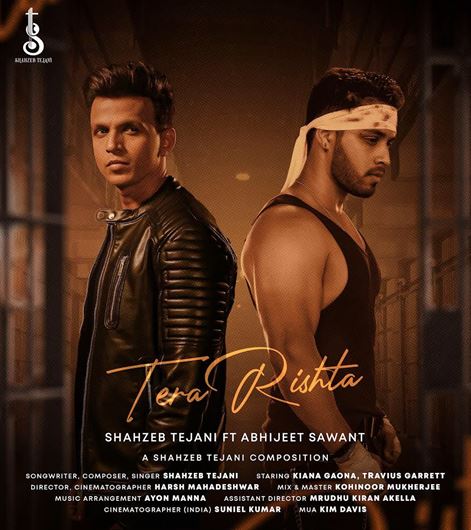 Shahzeb Tejani has yet again proved why he deserves to be known as one of the most prominent names in the Indian music scene. Check out the song here.
This story is provided by ATK. ANI will not be responsible in any way for the content of this article. (ANI/ATK)

Glenmark Pharmaceuticals Inc., USA continues to expand its Over-The-Counter (OTC) Portfolio with the acquisition of approved ANDAs from Wockhardt Limited